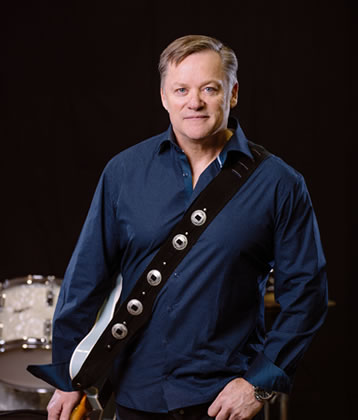 Relationships drive our lives, challenging us with their complexities while allowing us to grow immeasurably. Award-winning musician Dave Cormier explores this concept in his new album, “Little Pieces,” reflecting on the little pieces of ourselves that we give away in every relationship, while hoping to get enough of those pieces back over time to remain whole.

Dave hails from Nova Scotia, where he was raised under the influence of the province’s rich musical tradition and his father’s prodigious talent with the violin. Dave, however, was drawn to the energy and organic nature of rock and roll, and moved west to explore his passion. He played bass in a punk bank, then formed his own alternative rock band in Winnipeg and expanded his role to lead vocalist, bass player and rhythm guitarist. After a brief return to Nova Scotia, Dave moved to British Columbia, where he built a successful business. Music was always close to his heart, and he continued to write songs and develop his skills as a guitarist. In 2011, Dave decided to return his passion, playing professionally and dedicating himself to writing songs. He took the plunge in 2013 and recorded his first album, “Cor-Me-Eh.” He went on to win Vancouver Island Music Awards in 2013 and 2014, and has entranced audiences with his innovative blues-influenced rock style.

Since the release of “Cor-Me-Eh,” Dave’s love of music and dedication to self-improvement has taken him on a complex and fruitful personal journey. Touring, exploring new instruments, and constant immersion in playing music has led to an evolution in Dave’s style and musicality. The result is a collection of polished, well-crafted songs that are reflective of his remarkable talent and insight. Drummer Pat Stewart, bass player Rob Becker, keyboardist Darcy Phillips, and guitarist Zak Cohen are the perfect complement to Dave’s rhythm guitar, smoky vocals, and thought-provoking lyrics. The songs capture the imagination, drawing you in with the energy of the music and the complexity and diversity of the messages.

Music has unchained Dave’s heart, allowing him to be his true self and explore his passion freely. He shares his joy in music, his personal musical and emotional journey – these little pieces of himself -with you.